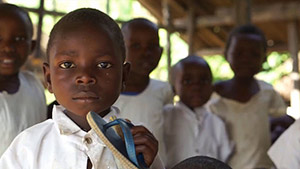 Children in a volunteer school

Sponsor an Orphan in the Democratic Republic of Congo Africa

As a result of the what has been called the Great African War over 4,000,000 children were displaced as a result of parents lost during the conflict. 63% of these children also live in some of the poorest conditions known to man.

This means the following:

According to the WHO in less than five years, more than 3 million people have died in the Congo - most from preventable and treatable diseases.

All it takes to make a difference is 40.00 dollars per month. This will provide for the listed areas or prevent a child ending up in prostitution. This is the price of several meals depending on where you reside in the States. Make a one-time donation today or better yet a commitment for at least a year to a child who lives in what has been often classified as the poorest or almost the poorest country on Earth. Each child will get 100% of your donations sent.

Pattern Education operated by Robert and Kari Montague, provides a home, Christian education, practical skills, love and care to many orphans and children in need. Our number one goal is to lead these precious souls to Christ. In following Jesus counsels on the bible to care for the fatherless, we take in orphans and love and care for them as our own. We follow the pattern of True Education, providing, all three aspects of education, Mental, Spiritual and Physical. We encourage all the children to serve others and to show Gods love to the community in the same way that God has shown His love to them. The school is free to all that are in need, we depend on the heart of those that donate and the ongoing sponsors that share our mission. Sponsor a Child today to for Congo or India. 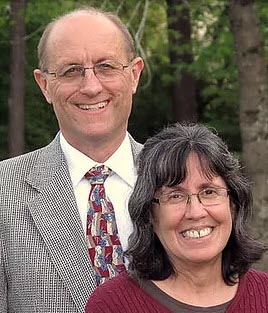 How your gift helps!

Your donation of $40 USD per month will cover - food, shelter, clothing and school.

All donations are tax deductible!

In My Backyard is a publicly supported organization as described in section 501(c)(3) of the Internal Revenue Code and our Employer Identification Number (EIN) is 81-2962816 .To claim a donation as a deduction on your U.S. taxes, please keep your donation receipt as your official record.